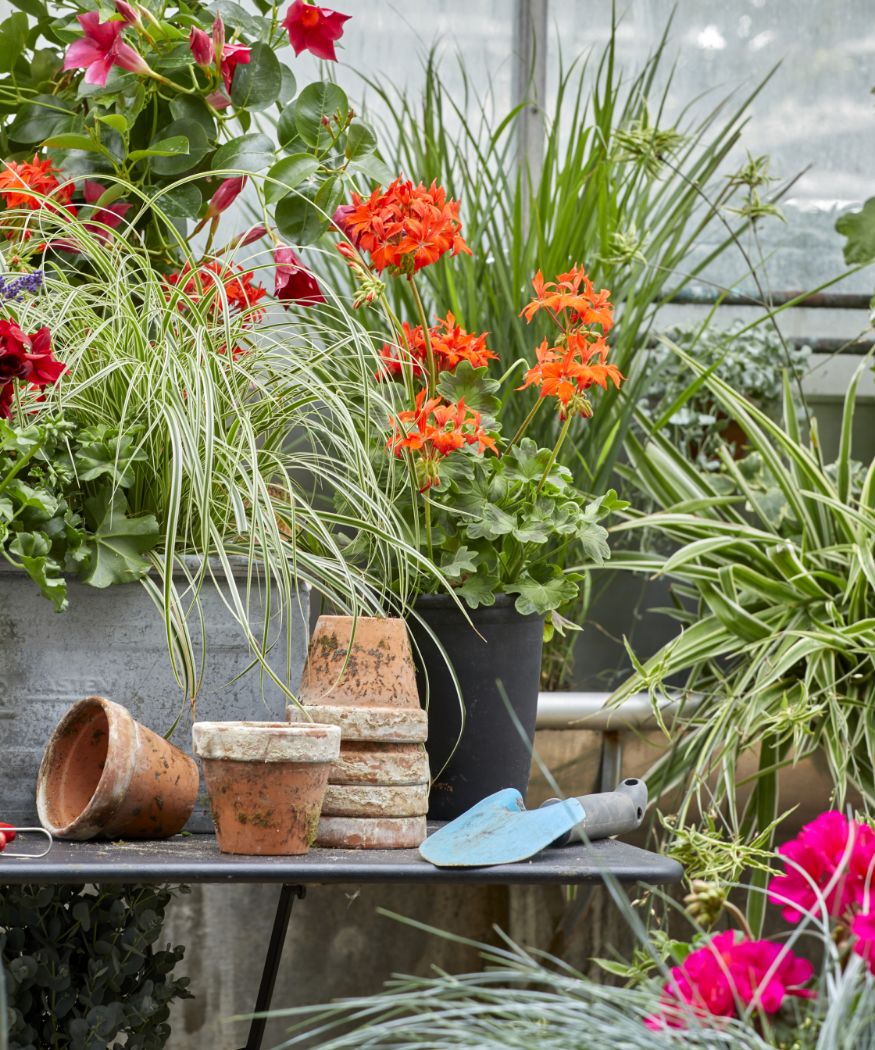 Pelargoniums hold the key to beating this summer’s pest and disease invasion.

Few hobbies provide the joy and satisfaction that comes naturally with gardening. From nurturing young plants in spring to savouring the heady perfume of gorgeous flowers on a warm summer’s evening, gardening is the most rewarding pass time on the planet.

Every time a new season gets under way, however, the promise of a manicured garden can be cruelly interrupted by a wave of plant pests and diseases that are hell-bent on wreaking havoc. From the annual onslaught of leaf-munching slugs and snails to novel diseases that are tightening their hold as global trade of plants, trees and shrubs accelerates, gardens across Europe are under attack like never before.

The good news is that there is a plant that thrives in the face of adversity:

a plant that is the gardening world’s equivalent of a lifelong best friend: trustworthy, dependable and tough as old boots. This horticultural wonder is the pelargonium, and it’s little wonder that its reputation as being virtually indestructible is growing by the day.

Before we dig deeper to explore why these summer bedding stalwarts are the first choice for beating summer pest and disease invasions, it’s important to look at why pelargoniums are playing an increasingly vital role in gardening. The Covid-19 pandemic saw households worldwide confined to their homes in 2020, with outdoor spaces increasingly regarded as a precious refuge during this time of crisis. It has been well documented that millions of people have taken up gardening during the pandemic, with the growing of plants hailed as critical for wellbeing and mental health.

Not only are pelargoniums the definition of simplicity to grow, especially for beginners, but they offer a long season of flowers and foliage interest, too, blooming profusely throughout summer and into autumn – whether grown on a balcony, in a window box, hanging basket, container or in traditional garden bedding displays. There is a huge choice of types available to suit all tastes, from ever popular zonals that form the backbone of summer bedding, to trailing ivy-leaved types that set hanging baskets ablaze, and statuesque regals with their showy, ruffled flowers – and that’s just a snapshot of the range on offer.

Plus, they’re brilliant value for money:

News that will be music to gardeners’ ears with household finances under pressure during the pandemic.

What makes pelargoniums the first choice for gardeners is their remarkable ability to shrug off the worst that nature can throw at them. Outbreaks of Xylella fastidiosa on mainland Europe, for example, have posed a threat to some cherished staples of exotic-style planting since 2013, decimating olives, lavender and hebe. But pelargoniums, also an essential ingredient of Mediterranean-influenced and exotic gardens, are unaffected by this killer disease, which is spread between plants by sap-sucking insects. With emerging threats, it’s no wonder that gardeners are increasingly seeking plants that are less susceptible to diseases – especially at a time of heightened environmental awareness which is seeing households becoming more reluctant to resort to using chemical plant protection products.

So, what makes pelargoniums the perfect choice for gardeners who want a hassle-free summer of non-stop flowers – apart from the fact that they haven’t succumbed to the invasion of new pests and diseases over recent years? First and foremost, they’re one of the few summer bedding stars that are largely left untouched by slugs and snails. Gardeners may indeed find molluscs hiding beneath pelargoniums’ bushy foliage, but their stout stems and thick, fleshy leaves are unpalatable to these plant-wreckers, which will head off to track down and devour the soft, fleshy young growth of other flowers and veg. Slug populations are predicted to rise, too, as winters become wetter and milder due to climate change, allowing pests to survive the colder months, while a reduction in traditional chemical-based slug controls could also result in populations heading skywards. For plots that are over run with hungry slugs and snails, pelargoniums are the answer to gardeners’ prayers.

It’s also easy to reduce the risk of two problems – rust and grey mould – that can affect pelargoniums during damp conditions. Outbreaks are most likely to strike where plants are crammed in too tight and grown in poorly ventilated situations, so cut the risk by ensuring adequate spacing between plants (about 20cm should do) and remove any brown or mouldy leaves at the first hint of trouble. Healthy pelargoniums aren’t the first port of call for aphids, but if sap-sucking insects should strike, they can easily be controlled with an application or two of a general-purpose organic bug killer.

What about vine weevil? Gardeners are all too aware of the damage that these insects can inflict, with adults feeding on foliage and leaving characteristic notching around leaf edges, while grubs devour plant roots. In gardens where vine weevil is a known problem, it’s advisable to grow pelargoniums in pots, window boxes or containers, filled with fresh multi-purpose compost at the start of the season.

By using a quality compost, gardeners can be assured that vine weevil larvae are not present in the compost at the start of the season.

To sum up, pelargoniums aren’t simply unbeatable for flower power and resistance to all manner of garden nasties, but they’ll reward gardeners with wonderful flower-packed clusters, fascinating and sometimes scented foliage, season-long blooms and unrivalled ability to create a Mediterranean atmosphere in any garden setting. Make sure that pelargoniums are at the top of your garden shopping list this spring!

Here you can find related press articles
Bolster your garden’s defences against climate change with drought and heat-resistant pelargoniums.
Geranium SOS: the winning formula for healthy geraniums and a carefree summer.
The right planting made easy. The ideal conditions for plants to thrive to the max.

Do you have questions or can't find what you are looking for?

Contact our press office. We will be happy to answer your questions or provide you with additional material.